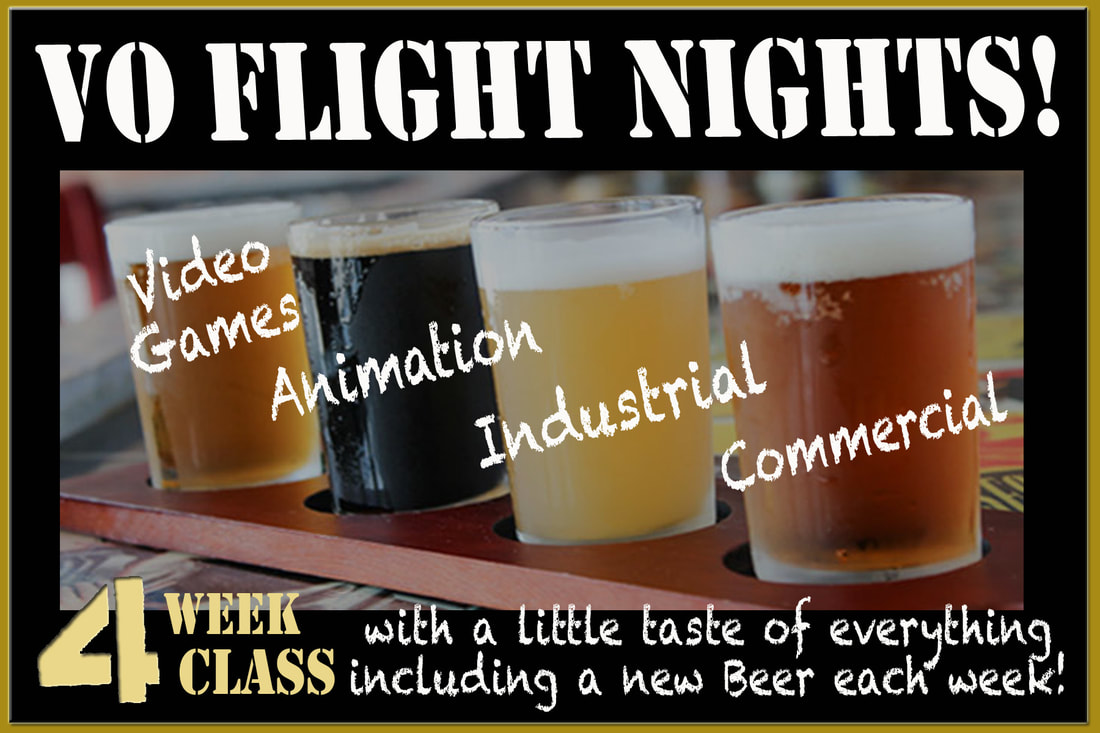 VO Flight Nights is a 4 week "VO Tasting" designed for the actor with some experience within the VO world.  The Class will cover several aspects of VO: Commercial, Industrial, Games, Animation, as well as general "business of the business" info.  Each night will also include a beer pairing (Non alcoholic option will also be available) which accompanies the particular theme being covered.

George Ackles has been acting on camera for over 25 years and working as a voice over actor since 2002. He studied directing under Ron Popenhagen at Cal State Northridge and enjoys working collaboratively with actors to uncover strong choices and points of view that lead to strong performances. He is widely considered the nicest director in residence at Compost HQ by those who don’t know him very well.

Dana Powers started acting at a young age, but discovered her love of VO about 10 years ago and has been booking national TV spots, radio, animation and games and even a promo or two.  She soon turned to directing and is one of the resident directors here at Compost HQ and has been helping actors book jobs for the past couple of years.

Drive way on right side of building.  Park in the back and knock on door that says Compost HQ!!

Why: So you'll be a better VO actor (and there's beer)