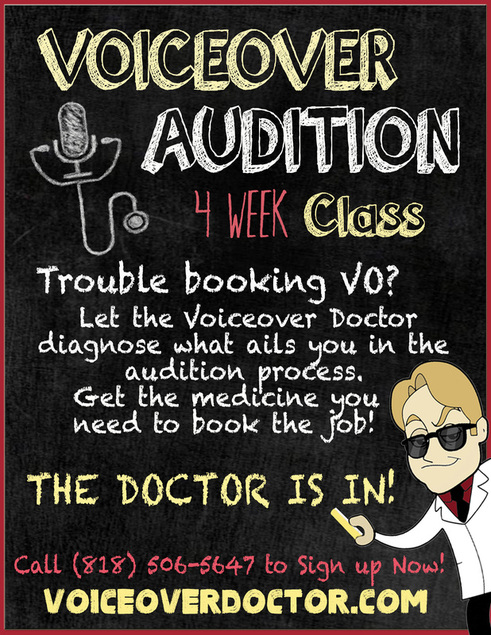 The Voiceover Audition Class is geared towards VO ACTORS WITH SOME EXPERIENCE or those who have taken VO classes in the past. This class uses the diagnostic skills of Bill Holmes “The Voiceover Doctor,” to discover your weaknesses and repair them so you can get out of his class and into the VO booth.

The VO Audition Class is a 4-week workshop that runs throughout the year. Classes are limited to 7 or 8 people and once a week from 7:00PM to 9:30PM.  Payment is required in advance to secure a spot in the class.

Bill Holmes is The Voiceover Doctor!
For over 35 years, Bill Holmes has been working in film, television, theatre, comedy, and advertising. During that time has been part of the voiceover world as an actor/director/producer/teacher/manager.  He has solidified himself as one of the top demo producers in the nation and an acting coach of the highest regard and he is proud of the incredible percentage of his students and demo clients that have gone on to have successful careers in the voiceover community.