Upcoming "Virtual Voiceover Clinic"  ​(Closed for remodeling. Back in August!) 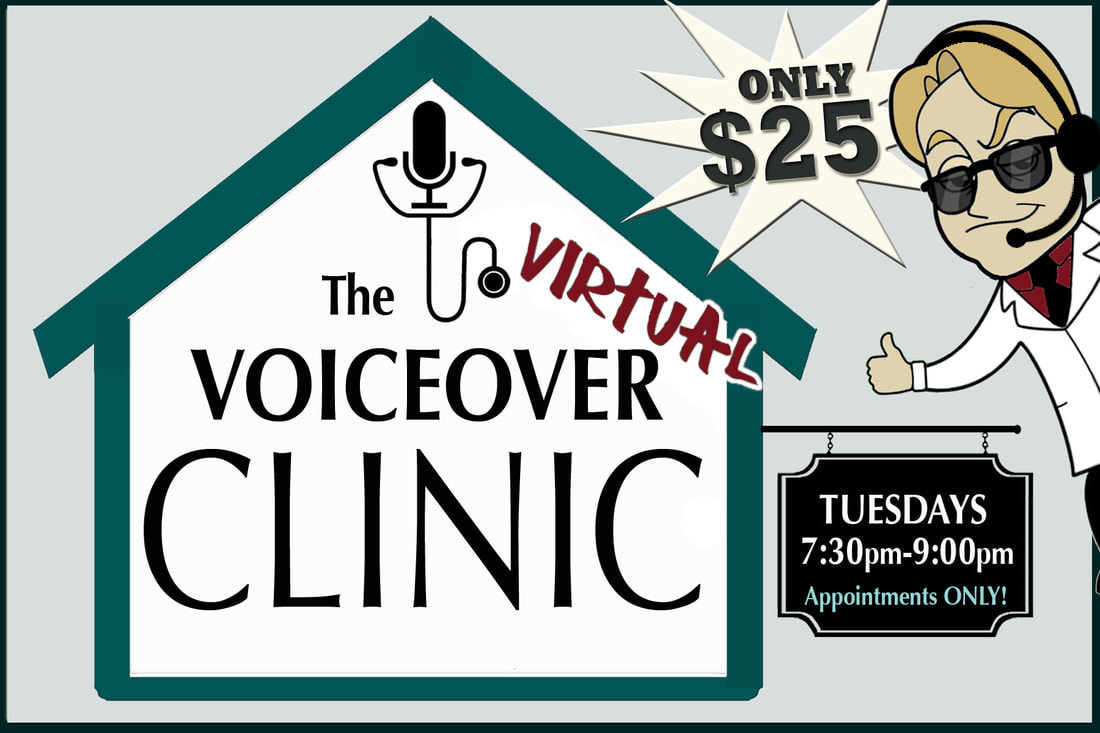 The Virtual Voiceover Clinic is a weekly workout group done remotely over Zoom and designed for actors with some experience either professionally or from classes.  The Clinic is NOT A CLASS.  It is a WORKOUT.  We will have a selection of scripts available to download when you sign-in. Find a script, make your choices and jump in the booth.  The group will focus primarily on commercial scripts.  If you have real auditions you're welcome to bring those along. If you cancel at the last minute, there will be NO REFUNDS.  Company policy.

Bill Holmes the VO Doc has been directing casting sessions for over 35 years working all over the country.  He has been teaching for the same amount of time and has traveled internationally to share his wisdom.

George A.V. Ackles has been acting on camera for over 25 years and working as a VO actor since 2014. He studied directing under Ron Popenhagen at Cal State Northridge and enjoys working collaboratively with actors to uncover strong choices and points of view that lead to strong performances. He is widely considered the nicest director in residence at Compost HQ by those who don’t know him very well.

Dana Powers brings a wealth of experience to the Tuesday night clinic.  Dana is a successful VO actress who has been booking national TV spots, radio, animation, games and promo for the past 8 years! She soon turned to directing and is one of the resident directors/teachers here at Compost HQ helping actors book jobs every day!!!

Shane Salk is an award winning audio producer and director who has worked in audio for over a decade. He has performed professionally as an actor across the country and internationally with Disney. Shane brings a unique prospective to his direction having worked with some of the industries top talent.

​
PLEASE NOTE: Voiceover Clinic is for experienced Voiceover actors ONLY!

Please email VODoctor@gmail.com for Doctor's approval before signing up.